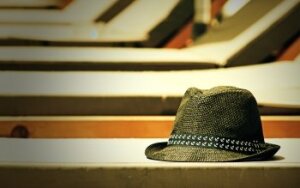 Fredrick “Squeek” Green was born and raised in Chester PA to Alice Hinson and the late Frederick William Hinson on January 28, 1959. He was the eldest of 4 children. He departed this life to eternal rest surrounded by his beautiful family on June 2, 2021.

Fredrick attended various schools in the Chester Upland School District where he was known by so many. In recent years Fred gave his life to the lord and became a member of Mt. Pleasant Baptist Church, under the leadership of Pastor Willie E. Robinson.

Fedrick was employed as an Environmental technician supervisor with Handy Lady cleaning company. He worked with Labor Ready Temp. Services, Re-Steel Supply Company, Swarthmore College, Art of Brothers Landscaping and he was also known for his salesmanship with Squeek’s One stop shop.

Fredrick was known for his amazing skating moves, and his comedic flare where he made many people smile and laugh. He was also known for his stage name as the infamous Chester Squeek from 3rd street. In addition to his many hobbies, Fredrick was also an amazing pool player, where he was a member of the Top 8 pool team, through the APA pool league. He would often call members of his family and ask, “Do you want to hear some bells and whistles?” That meant he wanted to go to the casino.

To send flowers to the family or plant a tree in memory of Fredrick William (Squeek) Green, please visit our floral store.